About a hundred years ago, a man looked at the morning newspaper and to his surprise and horror, read his name in the obituary column. The newspapers had reported his death by mistake. His first response was a shock. Am I here or there? 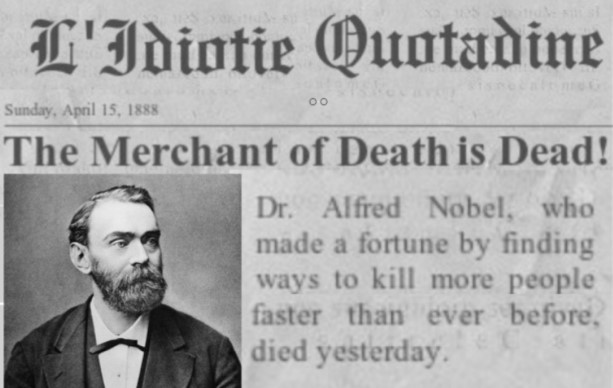 When he regained his composure, his next thought was to find out what people had said about him. The obituary read, ‘Dynamite King Dies’ and that, ‘He was the merchant of death’. This man was the inventor of dynamite and when he read the words ‘merchant of death’, he asked himself, “Is this how I am going to be remembered?” He decided that this was not the way he wanted to be remembered. From that day on, he started working towards peace. He, the Dynamite King, was Alfred Nobel and he is remembered today by the great Nobel Prizes.

Just like Alfred Nobel, supposing one day we were to read our own obituary, how would we like to be remembered? As a rascal, a cheat, a crook or someone who left this world a little better place than he found it? Will you be spoken well of? Will you be missed?


Do you Want to Stand out from the Rest in this World?