For want of a nail, a kingdom was lost—this is a story about how a kingdom saw its downfall by someone’s sheer negligence. In the mid-fifteenth century, King Richard was facing one of the toughest battles of his life.

The King had a strong army and they were all prepared to defeat the enemy. He asked for his favourite horse to lead the troops. The blacksmith had shoed all the horses but ran out of iron to shoe the King’s main horse. They had no time to wait as the enemy was advancing. Eventually, the blacksmith fixed the shoe but could not guarantee that it would hold without the complete set of nails. King Richard’s horse was not prepared. 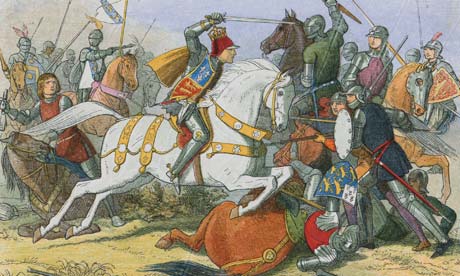 The armies clashed and in the thick of the battle, the King kept encouraging his troops. He galloped forward but barely had he gone a little distance when his horse’s shoe fell off, the horse stumbled and King Richard was thrown to the ground. The frightened animal ran away and the King was without a horse. His soldiers, unable to see their king, became demoralised and started running away too. Very soon, he was captured and the battle was over.

What a shame! Only because of the want of a nail, history changed forever. Imagine the far-reaching impact of a nail.